The impact of COVID-19 on Europe’s island economies 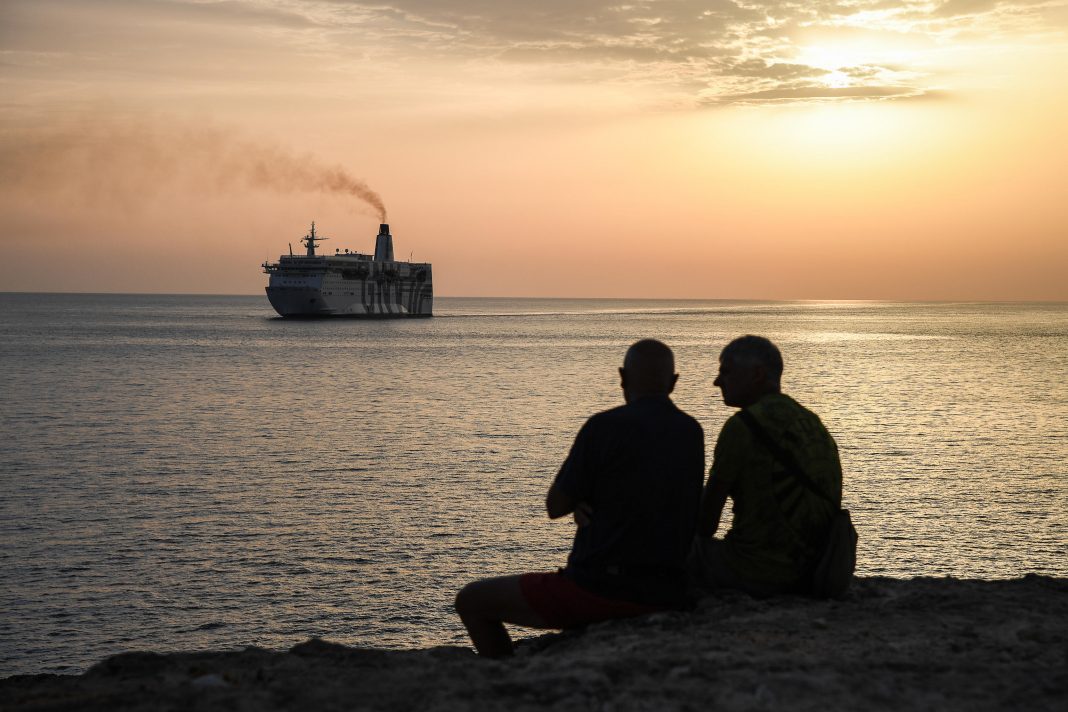 Is restarting post-corona tourism on Europe’s Islands a simple push a button enough?

Opening travel and tourism on Europe’s thousands of islands after COVID-19 is not an issue of just pushing a button, but, instead, need a slow, attentive, and eventually more painful effort than other coastal areas.

Since it is unknown how long the virus will go unchecked without an effective cure or a vaccine, island destination should adopt plans to live with it for at least the next two years.

While many economic sectors are expected to recover once restrictive measures are lifted, international tourism will probably suffer from a longer-lasting impact.

The impact of COVID-19 on island tourism

Most islands, in Europe and worldwide, have kept their populations untouched from the pandemic, by taking advantage of their geographical isolation. The successful results on the islands have allowed them to claim that they are COVID-19-free tourist destinations. 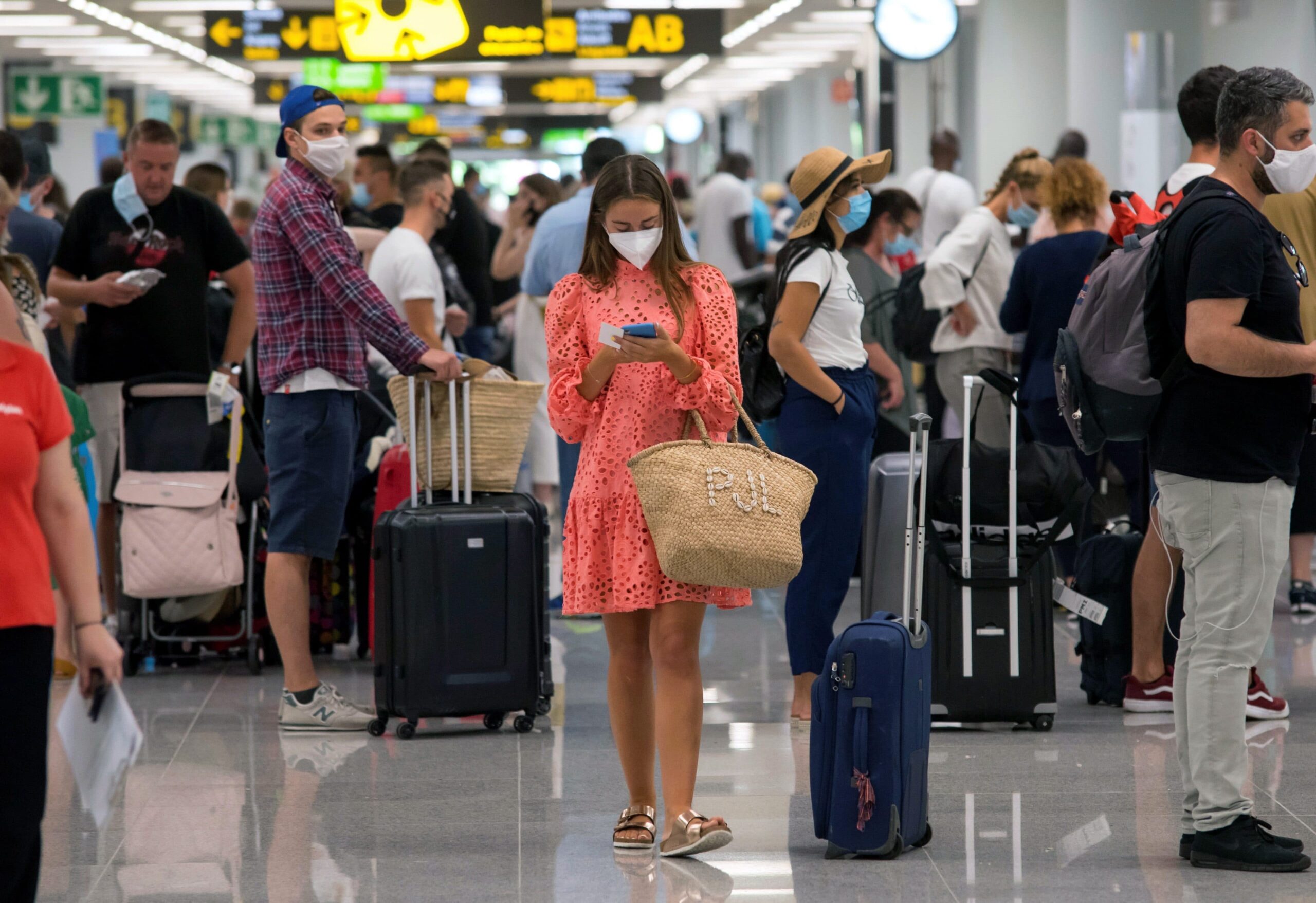 Certainly, the economic and social impact associated with the lockdown in international tourism, which hit just before the opening of tourism season, is likely to be disproportionate for those islands that are the most tourism-dependent.

In Spain’s Balearic Islands, for example, tourism accounts for almost 50% of the regional GDP, in the Canary Islands about 35%, in Greece’s Ionian Islands over 70%, in the Aegean 92% and 42% in Crete.

A loss of the summer seasonal touristic year, will, therefore, be a disaster for the island economies, as well as for small and medium-sized enterprises (SMEs) in the hospitality sector, which represent around 80% of all SMEs. Saving whatever is possible at this moment is, therefore, the most realistic scenario for islanders.

Traditional tour operators from Northern European countries, which played a crucial role in the development of tourism in Europe’s island regions, have already cancelled all contracts, guaranteed and non-guaranteed, that were signed with island hotels.

At the same time, tour operators have requested that local hotels make significant discounts for the current season and provide them with credit for a period of 60 days after the departure of the customers. Moreover, they are looking to include these terms in all contracts that are expected to be signed for 2021.

Although legal, this attitude is unfair towards local businesses, given the huge financial problems and the additional operating costs under new, strict health measures.

Furthermore, most of the on-line clients, using electronic platforms like Booking, Airbnb, and others have cancelled their reservations as well.

Airlines have been waiting for a green light to fully resume their operations but have had to postpone the resumption of their flight schedules or have been forced to cancel most of their flights through the majority of the summer holiday season.

The cruise ship industry, which for several islands has seen a significant rise in its revenue, has stopped nearly all of its activities without any clear sign when it intends to try and resume its operations. As a result, many local companies doubt if it is realistic to think that they will be able to re-open their activities.

Islands, as well as other destinations, are now pressing to get out from isolation and to reorganize their main activity, tourism, at any price, taking the risk of an eventual second wave of the virus. A successful opening not only depends on the supply side (destination), but also on the demand side (origin).

A woman sits on the bench of a ship deck while heading to the Greek island of Samos earlier this summer. EPA-EFE//YANNIS KOLESIDIS

Typically, islands have weak health infrastructures. Their first task is to strengthen local health systems regarding their ability to diagnose and eventually treat COVID-19 or ensure speedy accessibility to a hospital or repatriation. Training the personnel of local companies the new standards is a necessary condition in the process for fully restarting operations.

These new standards, based on protocols adopted as guidelines by various international organizations or associations, differ among the European Union’s 27 members, some of which are softer and sometimes stricter. All of them, though, add extra burden and cost to local companies.

Moreover, island destinations and their local companies are often confused by the contradictory or ambiguous information coming from travel warnings or declarations from European officials and calls for countries to encourage domestic tourism

In order to attract a large share of international tourists, Europe’s islands, in accordance with national or regional authorities, have announced a number of economic measures related to the medical treatment of infected tourists at the destination and costs of living for their families as well.

Nearly all islands are lifting their mandatory 14-day quarantines for visitors who present a health certificate showing that they are COVID-19.

The most important conditions for the return to normality is the real demand from markets generating tourism to islands. Demand certainly depends on different factors, such as the overall state of health at a particular destination, but also the health situation in he outbound country, the travel directives in force, the psychological situation (trust and confidence) and, last but not least, the economic situation of the travellers.

Many countries that are promoting stay-at-home tourism to their citizens for this year have mandated 14-day quarantines for those that travel out of their home countries. This has left many wondering if such measures create obstacles for travellers.

Does an elderly decide to go for a cruise if he is not 100% sure that there is no risk for his life, after the horrific events that occurred on cruise ships all over the world?

At the national level, most EU countries introduced economic assistance packages for companies of the touristic sector. The measures include tax moratoriums, extended deadlines for the payments of social charges, and wage subsidies, loans and guarantees for workers and even the nationalisation of coronavirus-hit companies.

The EU has announced a dual proposal for a new recovery financial package that will help boost jobs and growth. Funding will be invested in supporting EU members with investments and reforms focused on green and digital transitions, boosting the EU’s economy via private investments to urgently support viable European companies in the sectors, regions, and countries most affected.

European islands that are suffering a lot from the crisis and already planning green and digital transitions, should acquire an equitable part of the stake of this budget.

COVID-19, like any other natural disaster, has had a serious negative impact on Europe’s island economies. It will take time for islands to retrieve their pre-COVID period growth levels.

The concept of “over-tourism”, which concerned some islands recently, was transformed this year into “no tourism”. Some important urban destinations like Venice, Barcelona, Paris, and Amsterdam are facing similar problems and are already working to review their future in tourism.

This might be an opportunity for islands to start reflecting on their model of tourism. It’s up to each island to decide on offering its touristic product/s, but the transition from the existing model of mass tourism will not at all be easy, but reverting to the old model is not a feasible alternative.

Two tourists in a near-empty garden in the centre of Funchal, the island capital of Madeira, Portugal. EPA-EFE//HOMEM DE GOUVEIA

The creation of a Destination Management Organization (DMO), with a strong task force in crisis management, should be a priority for all island regions. The DMO should study and implement ideas, suggestions, guidelines, and propose actions to be taken by local authorities.

Networking and coordinating common actions, vis-à-vis all aspects of the actual crisis through the exchange of views and best practices, is a necessary condition for islands to become more resilient and stronger.